With roots dating back to 1921, the Long Lake Association in Long Lake and Green Lake Townships of Grand Traverse County is one of Michigan’s oldest riparian groups.

1. To preserve Long Lake as a natural resource and recreation area through protection and prudent use of its environs.

2. To be on guard for the health, welfare and safety of the resident community.

3. To be alert to the best interests of the membership in fiscal, economic and civic matters such as taxation, zoning, developments affecting property rights and value, pending legislation, law enforcement, etc.

4. To serve as responsible citizens of the community.

5. To do any and all things lawful as a non-profit corporation in furtherance of these objectives.

6. To re-affirm the ethical principal established in 1953 organization of this association, that the individual rights should be enjoyed and protected without trespassing on the rights of others.

Working closely with Long Lake Township and the Long Lake Foundation, the eleven member elected board carries out the objectives as stated in the Association’s Constitution and By-Laws. 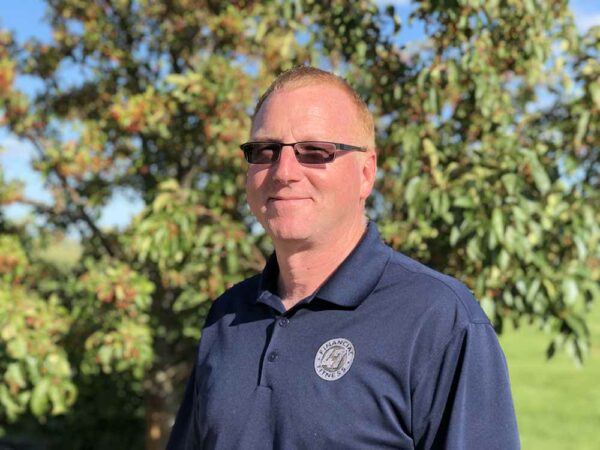 Ron Lemcool spent a lot of time growing up on Long Lake. His grandparents lived on the lake and owned the property until their death when Ron and his wife, Cindy, purchased the property.

Ron moved in 2000 to pursue a career working for a large corporation and was promoted to COO, and helped the corporation expand to a multi-million dollar company that operated in 9 states and the Middle East. Strategic planning was a key assignment and was required to practice good leadership in implementing the plan.

Ron has served as president of the Traverse City Optimist Club, a director of the National Cherry Festival, and is an Independent Member of Life Leadership. 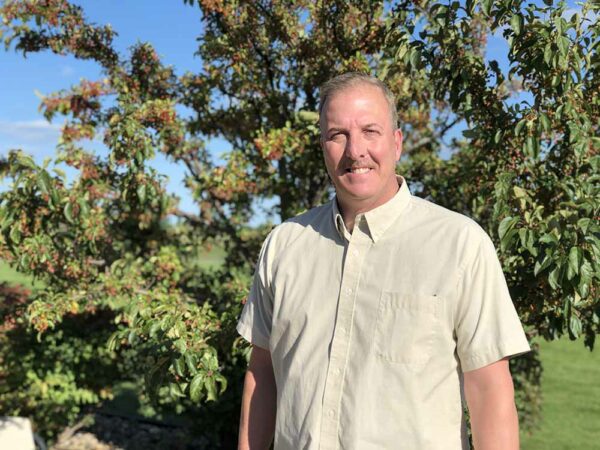 Terry’s professional background is in Sales and Project Management.  He has work for 25 years in the financial services industry, specifically in Mortgage and Consumer finance.  Terry retired from Citibank in June of 2015.

Terry has a passion for conservation and the outdoors.  He would like to serve the community and help preserve and keep Long Lake in its pristine state.  Terry also would like to get to know his fellow Riparian’s. 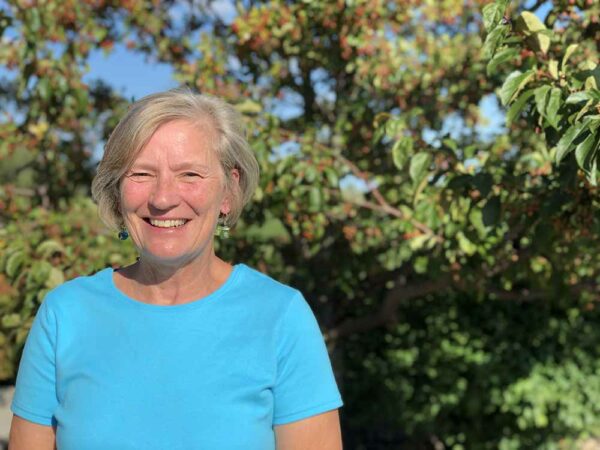 Adam lives at the South East end of Long Lake with wife Nikki and daughter Brooke.

My family and I enjoy spending time on the lake all year, taking advantage of all it has to offer. I work as a park maintenance worker for the city of Traverse City since 2008, performing all aspects of maintaining city owned properties. While I’m not enjoying the lake with friends and family, I can usually be found hunting, fishing, and enjoying the great outdoors. 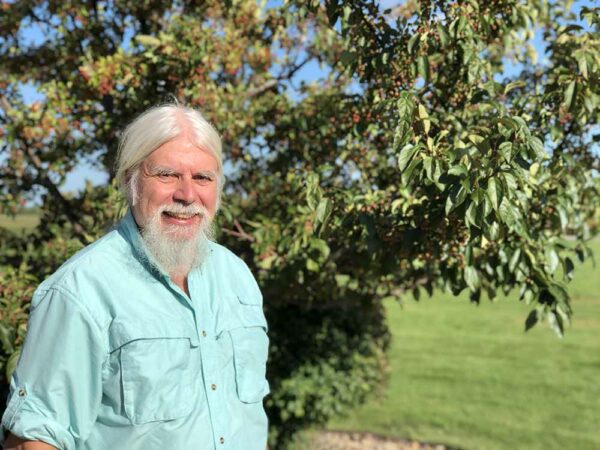 Len and his wife Connie, a Traverse City native, have been seasonal lake residents since 1979 and full-time since 2005 on Mickey Lake where they both enjoy all aspects of lake living. A recently retired science and math educator, Len has taught at both the high school and college level.  He has volunteered with Inland Seas Education Association since 2005 as a lead limnology instructor and crew member.  Len believes that we must preserve the quality of the Long Lake Watershed for our use and the use of future generations. We can do this by understanding the lake’s ecosystem and through the use of responsible lake management techniques. 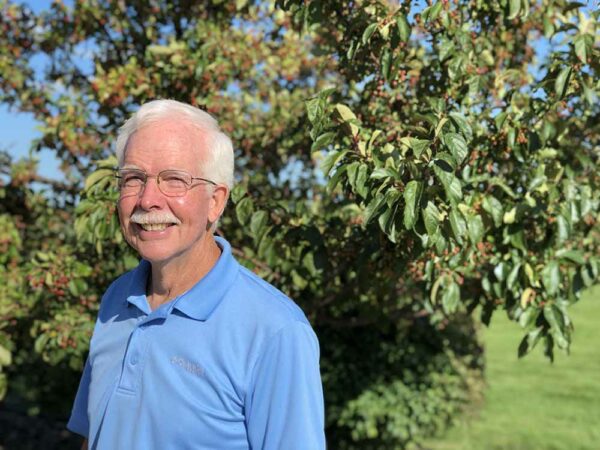 Barry and his wife Linda have lived on Long Lake and been members of the association for 40 years.  Their sons Brian and Shane grew up loving the clear water and the magic of lakeside living.  Barry had a dental practice in Interlochen for 32 years after practicing in the Army in Germany for 3 years.  He has volunteered to protect Long Lake’s water quality for 17 years and currently works with our Intern Program doing water testing and serves on the Lake Management Committee.  Barry believes in the value of LLA and strives to help the Association continue its efforts to preserve and enhance Long Lake now and for the future.

28 years in commercial banking and 4 years in commercial real estate. I like to volunteer and be involved in community activities.  I have lived on the lake year around for almost 17 years but I don’t feel like I know as many people as I would like.  I have found that working together with like-minded people is rewarding and the best way to get to know them.

Rick and his wife Kate have been a part of Long Lake since 1995. They have three grown children who get to the lake often and have enjoyed its beauty while growing up. Rick retired from a large distributor of automation and electrical products as a senior executive of sales and marketing in 2017. He remains on the company’s board of directors and actively consults with former industry associates. Rick currently heads up the LLA swimmers itch committee and is the Associations representative to the Michigan Swimmers Itch Partnership (MISIP).

He and Kate love all things outdoors, especially hiking, biking and swimming,  wherever their travels may take them. Rick feels a commitment to preserving this beautiful lake we call home and actively supports the work of the Long Lake Association.

Pete Zirnhelt and his wife Diane live on Long Lake Peninsula opposite South Island in a five-time remodeled cottage purchased in 1978.  He has previously served on the Board for the Long Lake Peninsula Association and the Long Lake Township Zoning Board of Appeals. Pete also serves on the Board for the History Center of Traverse City. He is a semi-retired attorney and previously served on the Grand Traverse County Brownfield Authority and Economic Development Corporation and was elected to the Board of the Traverse City Area Public Schools.

Brent Schnell was a Long Lake Association Member for several years while living in the Chicago area as his family prepared to build a permanent residence on Long Lake.  Brent’s 30+ year career has been focused primarily in sales and business development with high tech companies like Motorola, Tellabs, Cisco, etc. as well as several high tech start-up companies.  Brent has served on the board for Big Brothers/Big Sisters in the Chicago suburbs, volunteered for Special Olympics and was a member/volunteer with the West Saddlebag Lake Association in Decatur, MI for over 20 years before coming to Long Lake.  Brent has a BS from Michigan State University; a MS from the University of Michigan and a MBA from the University of Chicago.  Brent and his wife Laurie and son Tyler have lived on Long Lake since March, 2016.

Becki has BS in Animal Science from Colorado State University.  She raised 4 children and volunteered at school, church, and filled various sports positions over the years.  Becki grew up on Lake Winnebago in Wisconsin.

My husband’s family are all from Traverse City. I have been spending summers here for 30 years and moved here as a year-round resident in 2014. I have always loved the outdoors and would like to help out wherever needed to protect our beautiful lake and keep it clean and safe for everyone to enjoy.

Mark has spent the last 55 years on Long Lake.

He is 68 years old and volunteer at Interlochen, Long Lake Parks, and Grand Traverse Land Conservancy.

He loves to fish, swim, pontoon, sail, and skin dive on Long Lake. 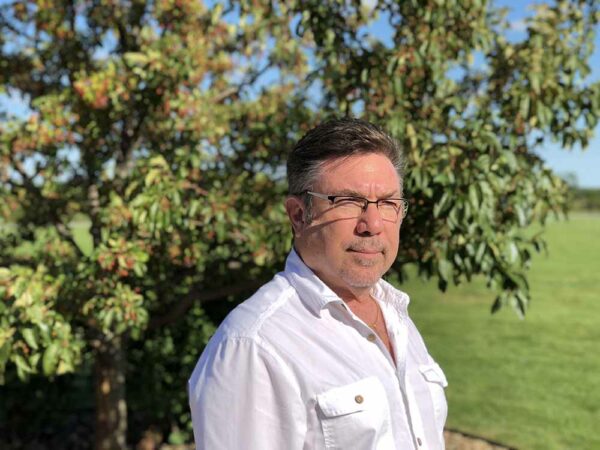 Rick joined the Long Lake Association Board in 2013.  Rick is a senior executive business management consultant.  He has worked with many Michigan Fortune 500 companies to help them streamline operations and increase sales.  Rick and his wife Kim and daughter Megan have lived on Long Lake since 1995.  Rick is currently the president of the Long Lake Foundation.